Gypsum reserves were formed millions of years ago when saline oceans covered most of the Earth’s surface. When the oceans retreated and were confined within lands, marshes formed. As evaporation continued, waters became more and more saline, and the deposited salts began to form various compounds, one of which was gypsum. In fact, gypsum is a detrital sedimentary rock and can be found soluble in seawater. As water evaporates in parts of the sea, this material (sedimentary rock) can no longer remain soluble, some of which will inevitably become insoluble and precipitate after years of chemical reaction with decaying plants and other minerals. It eventually leads to formation of layered rocks, where there is alternately one layer of gypsum and a layer of limestone. 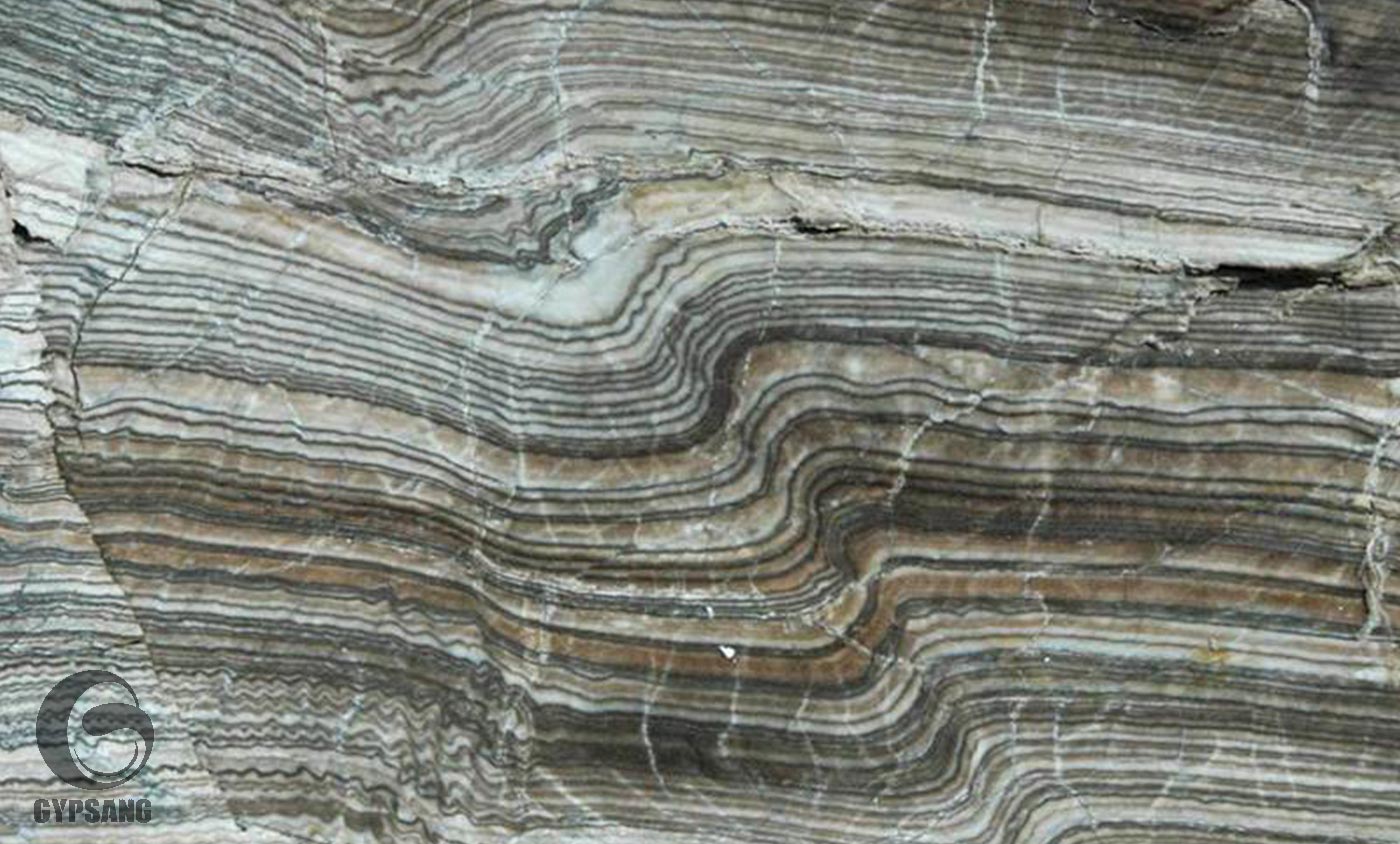 Gypsum deposits are found on top of one another as flat layers with thicknesses of about 6 to 8 feet. As noted earlier, there are limestone or clayey layers frequently found within the layers. Gypsum is commercially extracted from both open and underground mines near the surface. Anhydrite in the form of anhydrite rock (CaSO4), which is anhydrous calcium sulfate, is commonly found in minerals in the Earth’s crust and is not only found in volcanic rocks. In addition, gypsum and natural anhydrite are widely used in many countries around the world. Although being underground in most countries, all gypsum mines in Iran are extracted from the surface involving open-air operations. Gypsum is among key materials extensively used in construction projects. Human use of gypsum dates back to about 5,000 years ago (traced back to that age, the walls of tombs in Egypt were plastered with gypsum). In Iran, the use of gypsum goes back to the Parthian period. Plaster is made by baking and grinding gypsum.